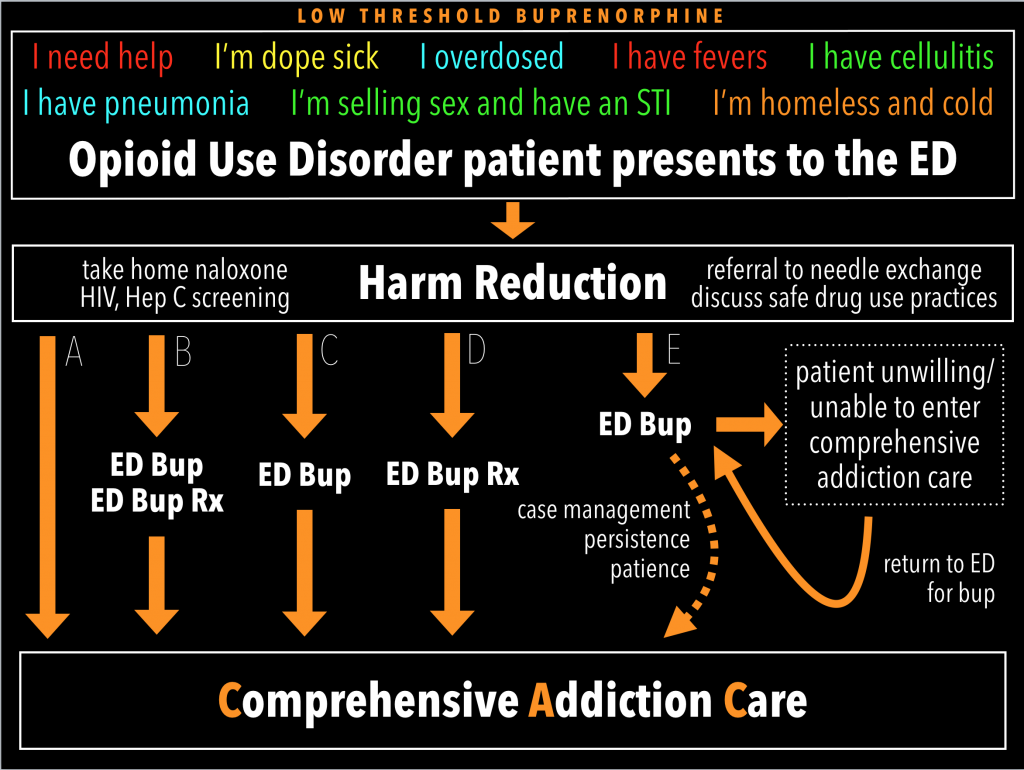 Sustained comprehensive addiction care is the goal, but until then, most OUD patients should get buprenorphine in the ED and/or a script. Every hour a street opioid user is therapeutic on bup is an hour they’re safe from withdrawal, cravings, and overdose, and is an hour they can contemplate recovery.

Laryngoscopy involves a series of unnatural movements and hand-eye skills that are not easily learned while simultaneously caring for a dying patient. The Paper Throat is a low fidelity but high yield direct laryngoscopy training tool that is easily assembled and practiced. The hope is that routine use will generate laryngoscopy muscle memory so that training providers can focus on other aspects of airway management when called upon to intubate IRL.

Conceived and produced by Jonas Pologe.

Folks put a lot of stock in the pulse oximeter, as they should, because the pulse ox is an awesome feat of engineering and patient safety. But the pulse ox lags.

1. When the sat is on its way down, the patient is more hypoxic than the pulse ox shows. This is another reason why, when laryngoscopy is not producing an acceptable view of the glottis, you should come out and reestablish ventilation/oxygenation earlier than you think. A more important reason to come out and bag early is described here.

2. When you are reestablishing oxygenation (using a bag mask, laryngeal mask, or endotracheal tube), do not use the pulse ox to judge the adequacy of ventilation, use capnography. That means the capnogram should be attached to the bag mask/LMA/ETT before the first breath is given. If the capnogram is good, ventilation is good, and the pulse ox will catch up, so relax and stop bagging so quickly. 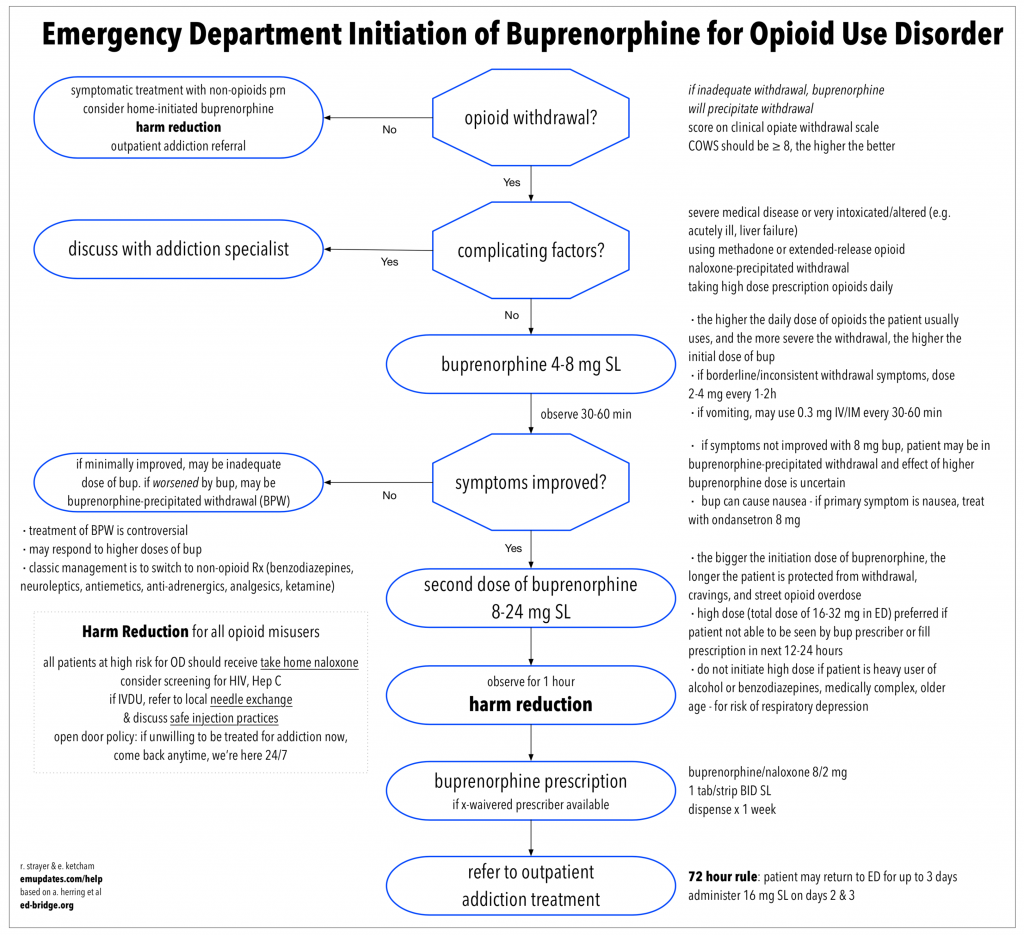 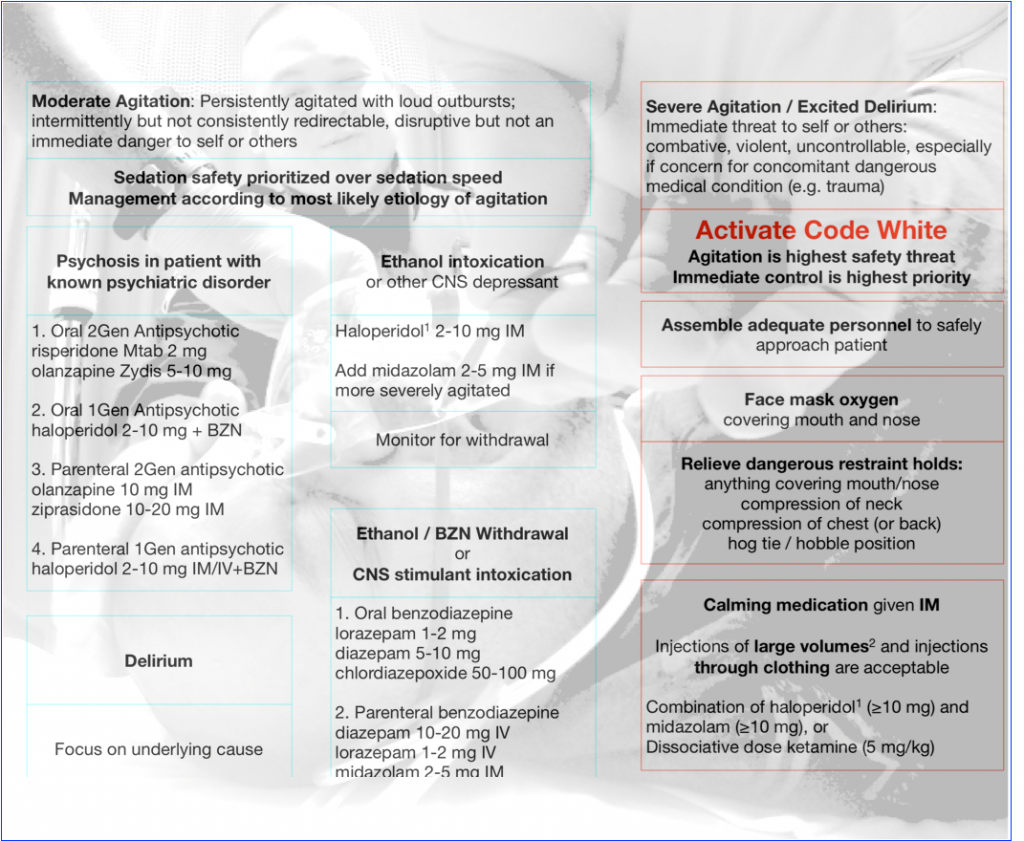 Disruption, Danger, and Droperidol – video and slides from SMACCDub

Concern regarding the Surviving Sepsis Campaign (SSC) guidelines dates back to their inception.  Guideline development was sponsored by Eli Lilly and Edwards Life Sciences as part of a commercial marketing campaign (1).  Throughout its history, the SSC has a track record of conflicts of interest, making strong recommendations based on weak evidence, and being poorly responsive to new evidence (2-6).

The original backbone of the guidelines was a single-center trial by Rivers defining a protocol for early goal-directed therapy (7).  Even after key elements of the Rivers protocol were disproven, the SSC continued to recommend them.  For example, SSC continued to recommend the use of central venous pressure and mixed venous oxygen saturation after the emergence of evidence that they were nonbeneficial (including the PROCESS and ARISE trials).  These interventions eventually fell out of favor, despite the slow response of SSC that delayed knowledge translation.

SSC has been sponsored by Eli Lilly, manufacturer of Activated Protein C.  The guidelines continued recommending Activated Protein C until it was pulled from international markets in 2011.  For example, the 2008 Guidelines recommended this, despite ongoing controversy and the emergence of neutral trials at that time (8,9).  Notably, 11 of 24 guideline authors had financial conflicts of interest with Eli Lilly (10).

The Infectious Disease Society of America (IDSA) refused to endorse the SSC because of a suboptimal rating system and industry sponsorship (1).  The IDSA has enormous experience in treating infection and creating guidelines.  Septic patients deserve a set of guidelines that meet the IDSA standards.

Guidelines should summarize evidence and provide recommendations to clinicians.  Unfortunately, the SSC doesn’t seem to trust clinicians to exercise judgement.  The guidelines infantilize clinicians by prescribing a rigid set of bundles which mandate specific interventions within fixed time frames (example above)(10).  These recommendations are mostly arbitrary and unsupported by evidence (11,12).  Nonetheless, they have been adopted by the Centers for Medicare & Medicaid Services as a core measure (SEP-1).  This pressures physicians to administer treatments despite their best medical judgment (e.g. fluid bolus for a patient with clinically obvious volume overload).

We have attempted to discuss these issues with the SSC in a variety of forums, ranging from personal communications to formal publications (13-15).  We have tried to illuminate deficiencies in the SSC bundles and the consequent SEP-1 core measures.  Our arguments have fallen on deaf ears.

We have waited patiently for years in hopes that the guidelines would improve, but they have not.  The 2018 SSC update is actually worse than prior guidelines, requiring the initiation of antibiotics and 30 cc/kg fluid bolus within merely sixty minutes of emergency department triage (16).  These recommendations are arbitrary and dangerous.  They will likely cause hasty management decisions, inappropriate fluid administration, and indiscriminate use of broad-spectrum antibiotics.  We have been down this path before with other guidelines that required antibiotics for pneumonia within four hours, a recommendation that harmed patients and was eventually withdrawn (17).

It is increasingly clear that the SSC guidelines are an impediment to providing the best possible care to our septic patients.  The rigid framework mandated by SSC doesn’t help experienced clinicians provide tailored therapy to their patients.  Furthermore, the hegemony of these guidelines prevents other societies from developing better guidelines.

We are therefore petitioning for the retirement of the SSC guidelines.  In its place, we would call for the development of separate sepsis guidelines by the United States, Europe, ANZICS, and likely other locales as well.  There has been a monopoly on sepsis guidelines for too long, leading to stagnation and dogmatism.  We would hope that these new guidelines are written by collaborations of the appropriate professional societies, based on the highest evidentiary standards.  The existence of several competing sepsis guidelines could promote a diversity of opinions, regional adaptation, and flexible thinking about different approaches to sepsis.

We are disseminating an international petition that will allow clinicians to express their displeasure and concern over these guidelines.  If you believe that our septic patients deserve more evidence-based guidelines, please stand with us.

An 82 year old healthy and high functioning gentleman had been feeling unwell for several days with progressive dyspnea. He walked into the emergency department with his son, sat down in a chair in ambulatory triage and promptly became unresponsive. He was wheeled into the resus bay where he was apneic and pulseless with a PEA rhythm. Cardiac arrest care included chest compressions, laryngeal mask ventilation, epinephrine, calcium, and bicarbonate, without ROSC. Ultrasound initially showed no cardiac activity which progressed to minimal cardiac activity without palpable pulses, ECG demonstrated ST elevations in V1 and V2. 50 mg alteplase was given without improvement of echo or ROSC; a second 50 mg dose was given 15 minutes later which also had no discernible effect.

Throughout the period of cardiac arrest care, including during periods of cardiac standstill, the patient became awake during chest compressions and opened his eyes, tracked staff, made purposeful movements toward the laryngeal tube and toward the person doing chest compressions as well as flailing, distressed lower extremity movements. 100 mg ketamine was given to good effect, repeated once. After 75 minutes, the decision was made with the patient’s son that further resuscitative efforts were unlikely to be successful. Chest compressions were halted, and the patient was pronounced deceased.

CPR-induced consciousness (CPRIC) was described in Lewinter’s 1989 case report out of Henry Ford Hospital; the authors were more concerned with competing models of chest compression physiology and venoarterial carbon dioxide gradients but report that “forward blood flow produced was sufficient to maintain consciousness.”  CPRIC was more explicitly addressed in 1994 by Quinn and his colleagues at the University of Ottawa who were studying an active compression-decompression device but conclude with a question:

“Is it inhumane to do CPR without sedation or analgesia? These agents were used in our case because of the need to restrain the patient and to facilitate intubation. Are there other patients who are aware of the resuscitation, but who cannot express their fears or discomfort?”

One of the papers’ reviewers comments:

“The details of the patient’s resuscitation reflect several interventions that should be questioned. First, the large dose of midazolam administered may have reduced vasomotor tone and reduced coronary perfusion pressure.”

to which the authors respond:

“To paralyze and not sedate our patient would have been inhumane. Midazolam was used for sedation because it has less myocardial depressant effects than thiopental. Ketamine would have been the best choice in hindsight.”

“While concerns about the adverse effects of sedative and analgesic medications in such a situation may have merit, it is worthwhile to consider that a patient in this situation is quite unlikely to survive despite maximal resuscitative efforts…Alleviating pain and suffering at this likely terminal stage should outweigh concerns about potential side effects.”

The incidence of CPR-induced consciousness seems to be increasing and at least one investigator is making it a clinical niche with three papers so far in press. The best of these is a registry study of 112 prehospital cases of CPRIC showing a 0.7% incidence, a weakly positive association between CPRIC and favorable patient outcomes, and a weakly negative association between the use of sedatives to treat CPRIC and favorable patient outcomes. A provider survey study described a prehospital scenario where “The patient was GCS 15 during CPR which was very unsettling for the crews involved. At one point the patient was begging us to stop as the CPR was hurting. He said ‘tell my family I love them and I’m ok with dying, please let me die.’”

Clinicians who care for cardiac arrest patients should be aware of–and have a plan for–CPRIC. Members of the resuscitation team may be alarmed by a patient who is conscious during chest compressions and should be reassured that this is a well-described phenomenon demonstrating the potential of high quality chest compressions and high quality cardiac arrest care to perfuse vital organs. As captured in the video, our patient was conscious during pulse checks (i.e. while chest compressions were paused), illustrating how perfusion pressures fall gradually following the cessation of cardiac output.

It seems inhumane to leave a patient awake while an artificial airway is in place and while the patient is receiving chest compressions, not to mention tube thoracostomy, pericardiocentesis, etc. Pound et al describe a patient so active during CPR that he was able to significantly interfere with resuscitative efforts. Most CPRIC authors recommend intra-arrest sedation with midazolam or ketamine; one group proposes a CPRIC sedation protocol.

After the decision was made with family to terminate resuscitation, our patient was allowed to emerge from ketamine dissociation to say goodbye to his loved ones while at least partially conscious. This emotionally charged circumstance has not been previously described but may merit further consideration as cardiac arrest care improves and CPR-induced consciousness becomes more common.

Thank you to the patient’s relatives and the clinicians who consented to the distribution of video footage for educational purposes. 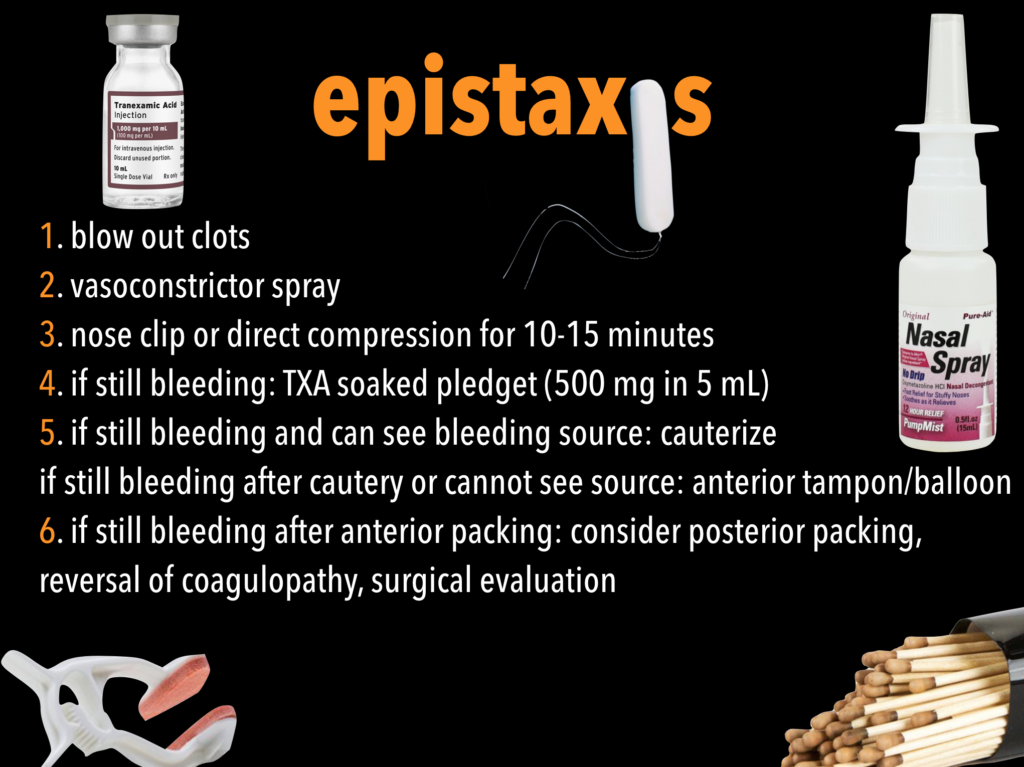 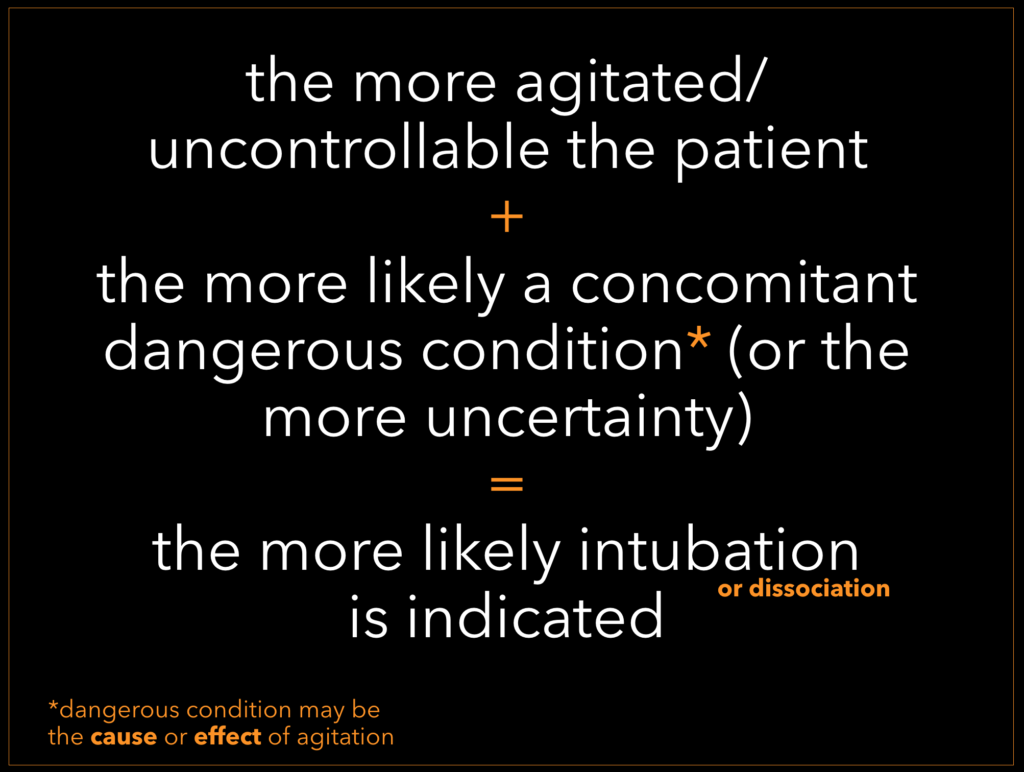 The Fourteen Year Old and Her Red Tablet